We are broadly interested in cognition and emotion and their neural underpinnings. We investigate how we learn from our experiences and how this learning guides our choices, as well as how we are able to exert cognitive control. These abilities are critical to our everyday functioning since making optimal decisions based on past experience ensures that we maximise positive outcomes and minimise aversive consequences. We study how these abilities change during ageing and in Parkinson’s disease. We are especially interested in discovering genetic variation that may help us preserve these abilities, as this might help the development of new treatments for cognitive decline. We are also interested in emotion, both negative and positive. For example, we study how learning from negative experiences influences feelings of anxiety, and how music can be tailored to optimise positive emotions.

Our genome makes each of us unique, which means we have different strengths and different weaknesses. Because of this, our cognitive abilities are impacted differently as we age, or if we are affected by a brain disorder such as Parkinson’s disease. As a result, we may require different treatment approaches if we experience cognitive dysfunction. But our knowledge of genetic influences on cognition is still in its infancy, which limits our capacity to tailor our treatments to each individual. Therefore, we investigate the relationship between people’s genetic makeup and their cognitive abilities. We focus in particular on healthy ageing and Parkinson’s disease. We investigate not only how genetic mutations influence the extent to which people’s cognition is affected by ageing or by the disease, but also, in the case of patients, how they respond to medication. This gives us important clues for developing more effective treatments for cognitive dysfunction that take into account individual differences, and we hope this knowledge will be useful for treating other brain disorders too.

We also investigate motor functions, including action selection and inhibition. The ability to inhibit prepotent responses, in particular, is considered a core executive function that seems to be compromised in a number of disorders. We investigate cognitive processes that contribute to response inhibition, such as fluctuations in attention associated with error processing, which allows us to gain a deeper understanding of individual differences in performance and the factors that contribute to suboptimal performance.

Beu, N., Burns, N., & Baetu, I. (2019). Polymorphisms in dopaminergic genes predict proactive processes of response inhibition. European Journal of Neuroscience, 49(9), 1127-1148. We show that slowing response speed after an error, a potential compensatory strategy when response inhibition fails, can be predicted by age, intelligence, and genetic variation in dopaminergic genes.

Learning from past experience is one of our most fundamental abilities: We detect regularities in our environment, which enables us to predict future events, plan actions, and guide our attention to the most relevant stimuli in our environment. Although everyone seems to be capable of such learning, there are known differences in the way people learn associations. For instance, genes that affect the expression of certain chemicals and receptors in the brain seem to influence the ability to form new memories. The ability to learn associations also depends upon basic stimulus processing abilities, which are typically measured in the field of intelligence and psychometric testing. Furthermore, people who suffer from certain clinical disorders, such as schizophrenia and anxiety, differ in the way they learn new associations. We use computational models to simulate individual differences in learning, with the aim to gain a deeper understanding of the mechanisms that generate differences in memory performance. 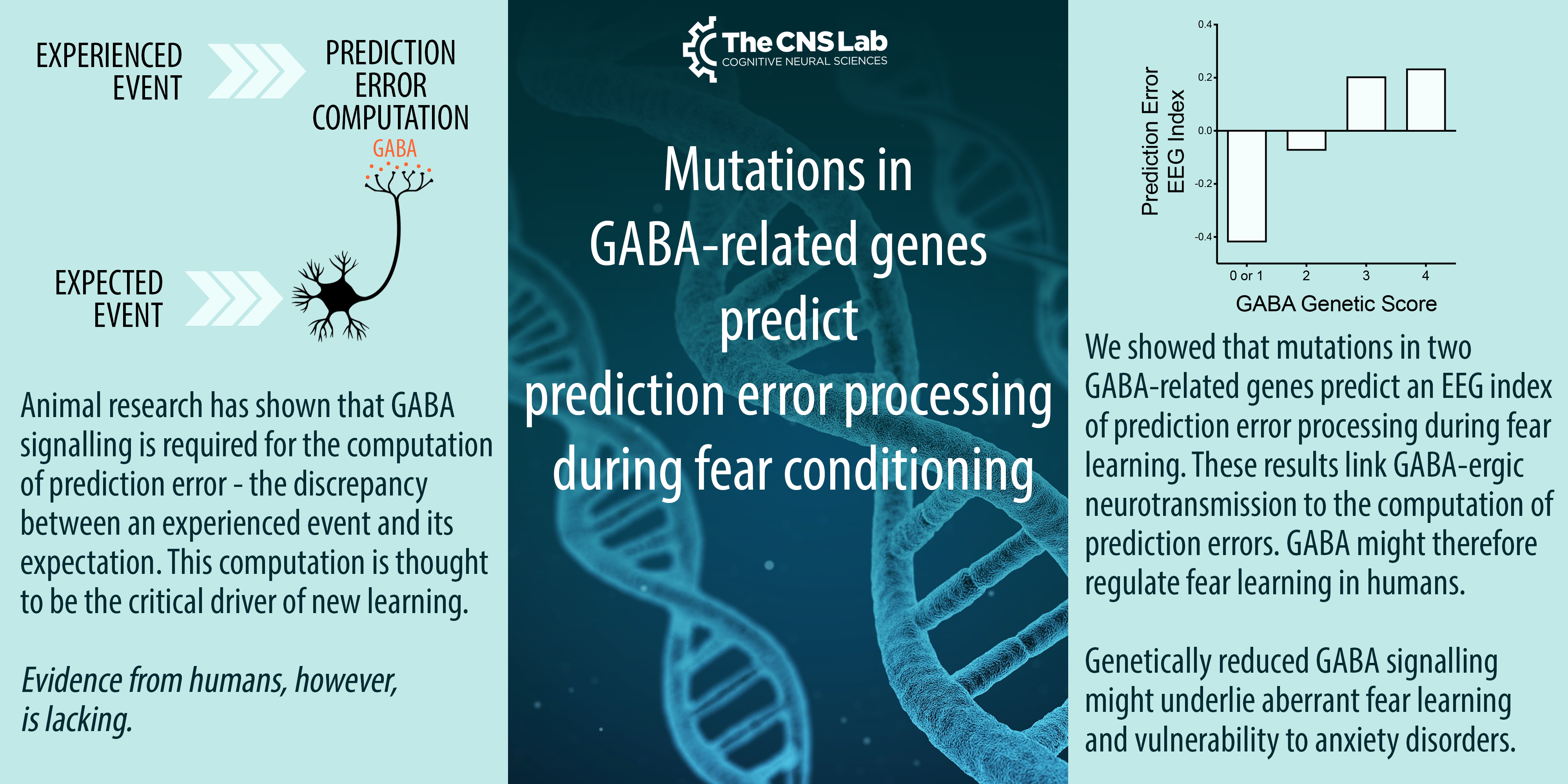 We recently developed a new motor sequence learning task that assesses learning via both changes in reaction time and accuracy (Urry, Burns & Baetu, 2015), potentially overcoming some of the drawbacks of the serial reaction time task, the typical test used to assess sequence learning. Using computational modelling, we demonstrated that learning from prediction errors (the discrepancy between the experienced versus anticipated feedback) in this task correlates with polymorphisms in the dopamine D1 and D2 receptor genes (Baetu, Burns, Urry, Barbante & Pitcher, 2015), providing a potential mechanism through which the dopamine system might contribute to sequence learning. We are now using this task to further explore how genetic variation influences motor learning during the course of healthy ageing and in Parkinson’s disease, as well as to investigate which aspects of motor learning are affected by transcranial direct current stimulation (tDCS) to the motor cortex.

Learning to associate a neutral stimulus with an important event often results in changes in the way the neutral stimulus is processed and attended to. This project investigates learning-related changes in attention to stimuli that signal important outcomes. Although this is a well-established phenomenon, the mechanism(s) that drive these changes in stimulus processing are still debated. The aim is to test theories of attention (Esber & Haselgrove, 2011; Le Pelley, 2004; Mackintosh, 1975; Pearce & Hall, 1980) using both behavioural indices and event-related potentials that reflect changes in stimulus processing.

Russo, S., Burns, N., & Baetu, I. (in press). Mackintosh, Pearce-Hall and time: An EEG study on inhibition of return. Biological Psychology. New study showing that attention may dynamically change over time, with reliable predictors attracting attention before stimuli that have unpredictable consequences.

More recently, we have begun investigating positive emotion (deviating ‘slightly’ from our more traditional study of fear learning and anxiety!). We are particularly interested in non-invasive and cost-effective ways to improve emotion and wellbeing, such as music. We are creating new music for this purpose, which enables us to independently manipulate different features, such as the valence of the lyrics. Measuring emotion is also an important aspect of this project and we are attempting some innovative measures such as analysing voice patterns using machine learning algorithms and brain activity recorded via EEG.