I am currently a PhD student at SAHMRI through The University of Adelaide. And, my principle supervisor is A/Prof. Leonie Heilbronn. Our group, Diabetes and Metabolism, is currently involved in looking into the effects of timing of nutrition and food intake and type of diet and its overall impact on health -- particularly, on obesity and diabetes.

Type 2 diabetes mellitus (T2DM) has affected more than 400 million people around the world by 2012, according to the World Health Organisation (WHO) and Australia is not spared of this -- almost 1 in 6 Australians are suffering from the T2DM and it is costing approximately more than a billion dollar every year to the Australian government to contain it and treat those who are suffering. Out of several process that feeds into the process of development and progression of T2DM, Autophagy is one of those. Autophagy is basically a cellular process that functions as a housekeeping for a cell besides energy homeostasis and protein recycling and removing the unwanted and denatured proteins. In general term, it is explained as a cellular self-eating process where it eats up the cellular organelles such as misfolded proteins, mitochondria, endoplasmic reticulum, ribosomes etc and generate energy required by the cell specially during the stress conditions, specifically, nutrient deprivation, starvation, hypoxia et cetra.

Autophagy, besides, having a normal and usual function in housekeeping, it is also involved in regulating insulin resistance in diabetic individuals by maintaining the normal pancreatic beta-cell function by mitigating the oxidative and ER stress through number of pathways. Autophagy also regulates intracellular insulin level by lososomal degradation of secretory granules through a specialised form of autophagy, termed crinophagy (Orci et., 1984). And, crinophagic activity is glucose dependent -- pertaining to the fact that, crinophagy increases with lower plasma glucose concentration and leading to fall in intracellular insulin levels.

So, here at SAHMRI, we are looking into the mechanism on how intermittent-fasting affect the autophagic process and its effect in insulin resistance, diabetes and obesity and if it related to the telomere dynamics -- a process which is quite prevalent in the diabetes and has now been started to be considered as the marker of diabetes. 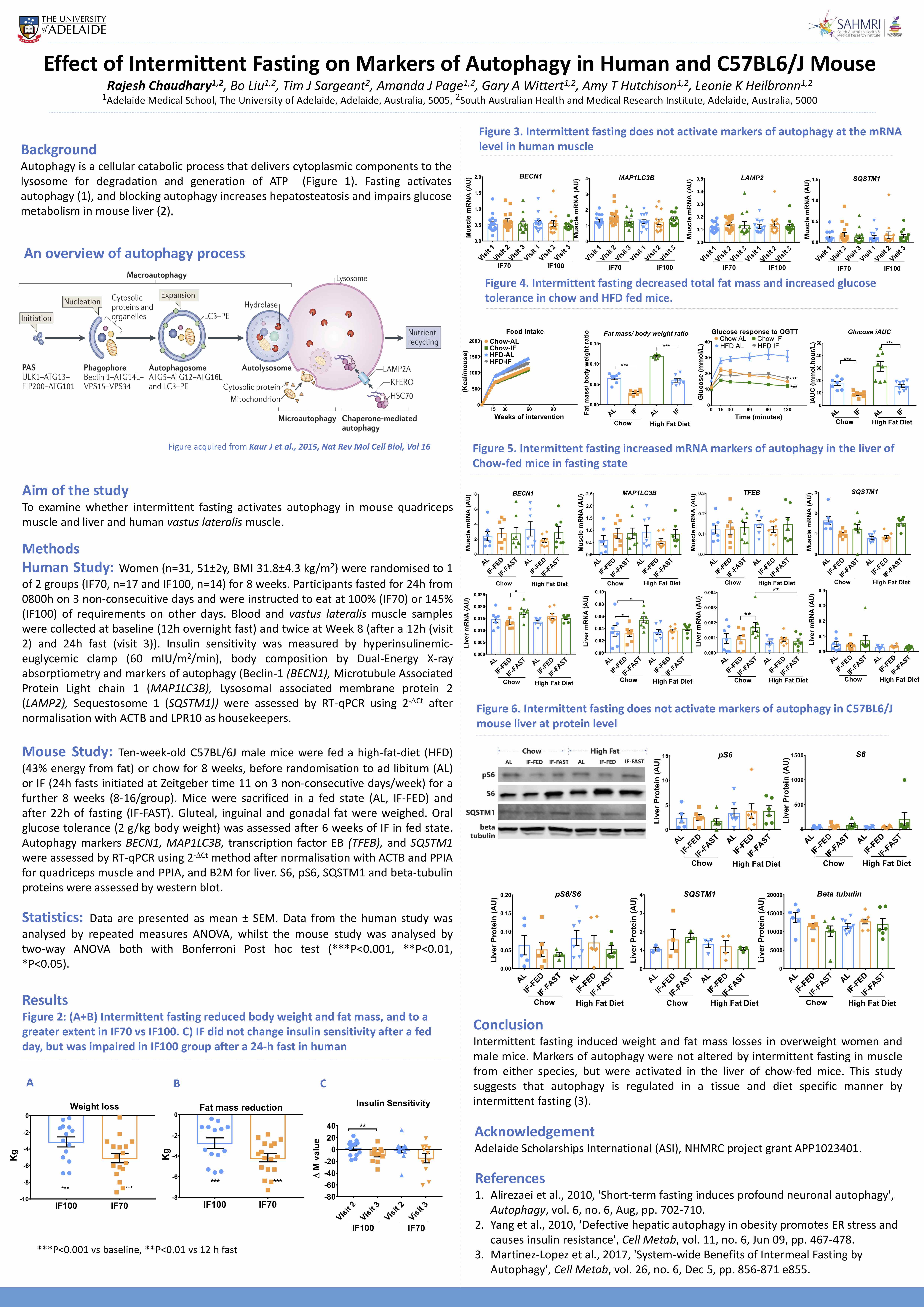 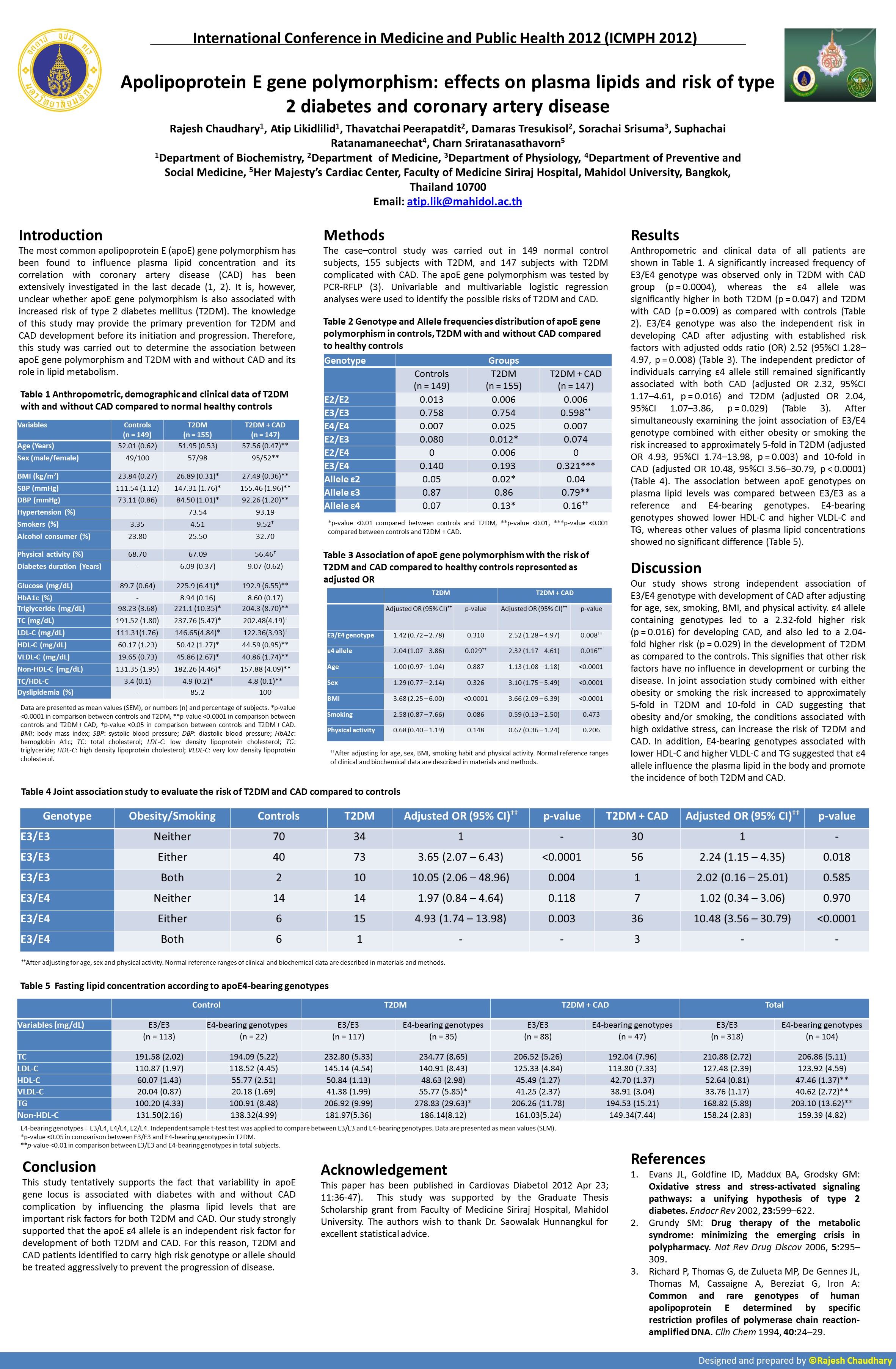