School of Agriculture, Food and Wine

Dr Alan Little is a Senior Research Scientist in the Adelaide Glycoscience group based at the University of Adelaide. He is a plant pathologist with expertise in molecular biology, carbohydrate biochemistry and plant-microbe interactions. His major area of interest is the synthesis and composition of fungal and plant cell walls. By focusing on the synthesis of complex carbohydrates that are essential for fungal growth and the generation of effective barriers to plant cell wall penetration, Dr Little hopes to provide new targets for the generation of novel crop lines with greater disease resistance. 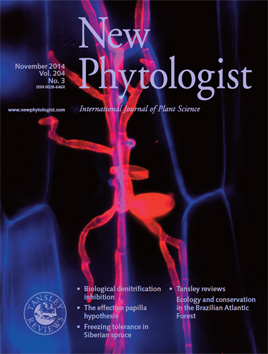 In this paper, we reported on the cell wall polysaccharide composition of effective and ineffective papillae produced in response to infection by Blumeria graminis f. sp. hordei, the causal agent of powdery mildew in barley. This is significant because the research over the last 40 years into the composition of cell wall appositions and their role in fungal penetration resistance has led to a belief that callose is the main polysaccharide component of papillae. The work in this paper utilizes the available collections of polysaccharide-specific antibodies that can be used to examine papillae for other polysaccharides that have been previously overlooked. In this study, we have shown that the major polysaccharides found in barley papillae are callose, arabinoxylan and cellulose. In addition to this we demonstrated that effective papillae that are successful in preventing the penetration attempts of Bgh contain significantly higher concentrations of callose, arabinoxylan and cellulose. 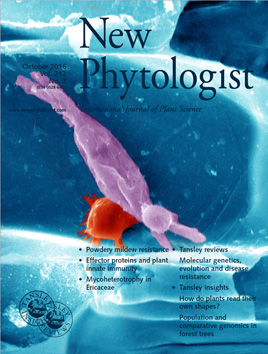 The association of arabinoxylan and cellulose with penetration resistance provided new targets for the improvement of papillae composition and for the generation of novel crop lines with greater disease resistance. In this series of papers we presented the identification of the key genes responsible for the biosynthesis of callose, cellulose and arabinoxylan in the barley papillae. Comparative genomics and reverse genetics approaches were used to identify candidate genes with particular attention given to glycosyltransferase families previously linked to the synthesis of the papillae polysaccharide components. Modulation of the candidate genes allowed the modification of papillae composition and this was reflected in the ability of the papillae to block fungal penetration attempts. The identification of the genes involved in the biosynthesis of each papilla component will aid the generation of novel crop lines with greater disease resistance.

Fungal cell walls contain several vital polysaccharides that are not observed in plants and/or animals, and are thus the Achilles heel for the fungus. The enzymes involved in the synthesis of the cell wall components represent ideal targets of antifungal drugs for disease control. However, rational design of new efficient inhibitors requires a better understanding of cell wall structure and biosynthesis in pathogenic fungi. Fungal cell walls have been understudied in past years due to the general assumption that they are globally homogeneous in structure throughout the kingdom Fungi. As a consequence, a comprehensive treatise linking the biochemical architecture of fungal cell walls to the genomic repertoire of the corresponding lineages is lacking. In collaboration with Adelaide Glycomics we have performed a detailed characterisation of fungal cell walls isolated from in vitro grown cultures. The information gained is complemented with transcriptomics to establish a comprehensive map of the fungal cell wall synthetic machinery in vitro and during plant infection. Our approach to characterize the cell wall of plant pathogenic fungi and connect their composition to the expression of biosynthetic machinery has identified a number of potential targets for the generation of antifungal molecules.

As a significant component of monocot cell walls, (1,3;1,4)-β-glucan has conclusively been shown to be synthesised by the cellulose synthase-like F6 protein. In this study, we investigated the synthetic activity of other members of the barley (Hordeum vulgare) CslF gene family using heterologous expression. As expected, the majority of the genes encode proteins that are capable of synthesising detectable levels of (1,3;1,4)-β-glucan. However, overexpression of HvCslF3 and HvCslF10 genes resulted in the synthesis of a novel linear glucoxylan that consists of (1,4)-β-linked glucose and xylose residues. To demonstrate that this product was not an aberration of the heterologous system, the characteristic (1,4)-β-linkage between glucose and xylose was confirmed to be present in wild type barley tissues known to contain HvCslF3 and HvCslF10 transcripts. This polysaccharide linkage has also been reported in species of Ulva, a marine green alga, and has significant implications for defining the specificity of the cell wall content of many crop species. This finding supports previous observations that members of a single CSL family may not possess the same carbohydrate synthetic activity, with the CSLF family now associated with the formation of not only (1,3)- and (1,4)-β-glucosidic linkages, but also (1,4)-β-glucosidic and (1,4)-β-xylosidic linkages.